2014 was a year of impact for the Madison startup scene. Capital Entrepreneurs member companies saw another year of record growth – the largest to date. They created 175 full time jobs, and now employ 500 full time people.

The larger funding rounds consisted of an increasing amount of capital coming from out of state – including VC firms in Chicago, as well as the East and West coasts. The $30M state backed 4490 Ventures Fund also launched, and Nordic’s Mark Bakken started his own healthcare IT focused VC fund.

A Year of Milestones
In 2014, new startups were formed and new products were launched. Many startups saw strong revenue and user growth, and formed partnerships with companies large and small. Drifty’s Ionic Framework is now one of the top 50 most popular open source projects in the world. Murfie was hailed as one of the most interesting startups in the Midwest by Inc. magazine, and spun off a new company focused on providing a platform for libraries to digitize their music offerings. PerBlue launched their newest game Titan Empires that grew to 1 million players in just 3 weeks.

A Growing National Recognition
The Madison startup community continued to draw increased attention and recognition from around the country. It was rated as one of the top cities for young entrepreneurs and recognized as having one of the fastest growing information technology sectors in the country. The Wayward Nation film crew stopped by Sector67 and PerBlue in search of the “New American Dream”, and The Startup TV Show filmed at Murfie, Fishidy, and MobCraft. The Rise of the Rest Road Trip kicked off their tour in Madison and traveled to top startup communities in the heart of the country.

The Rise of an Ecosystem
A whole support network of accelerators, workspaces, and organizations has become more established and continued to grow. gener8tor was rated as one of the top accelerators in the country, completed their 5th class of companies, and now has 28 alumni companies which have raised nearly $35M in follow-on funding. The Madworks Seed Accelerator launched and graduated their first 2 classes of 21 young companies. Sector67 expanded and was declared the most interesting makerspace in the country by Make Magazine. 100state’s community of creators grew to nearly 160 members, moved to a larger space, and started new initiatives like 100arts. The Doyenne Group set off on their mission to make Madison one of the best places in the country for women entrepreneurs, and hosted a number of events including 3 weekend long retreats for women-led startups. Capital Entrepreneurs celebrated its 5th anniversary and saw membership increase by 30% to encompass 350 area entrepreneurs. 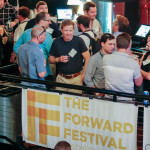 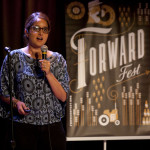 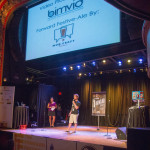 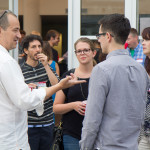 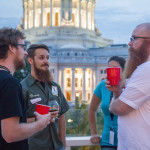 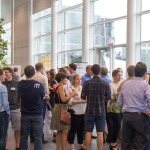 There were 1,500 hours of entrepreneurial events and programming in 2014, and an established set of anchor events that Capital Entrepreneurs organizes or collaborates on has emerged. Headlining the ecosystem was the 8-day long Forward Festival, which celebrated its 5th year and drew 2,500 attendees. It was highlighted by events like the Forward Technology Conference, Badger Startup Summit, Forward Festival Startup Showcase, and new events like the Edible Startup Summit that marked the expansion of the festival beyond just tech and now includes food entrepreneurs.

The entrepreneurial community also welcomed some great new events in 2014. The Greater Madison Chamber of Commerce hosted the inaugural Pressure Chamber event, which brought a select group of startups to pitch at prominent VC firms in Silicon Valley. Capital Entrepreneurs hosted a joint event with Startup Milwaukee to help bridge the Madison and Milwaukee entrepreneurial communities. There was a CryptoCurrency Hackathon at Madworks, and local chapters of 1 Million Cups and Startup Grind formed.

There have been big moves in establishing long term entrepreneurial infrastructure that will elevate the Madison startup ecosystem to the next level. After nearly 2 years of planning, StartingBlock Madison accomplished some significant milestones in 2014. The City of Madison committed $1.5M to the project, and American Family Insurance announced that it would be a significant investor. A site was secured in the emerging Capitol East District downtown, a development partnership was formed, and construction of the entrepreneurial hub is expected to begin in mid-2015.

Looking Forward
The Madison startup community has developed significantly over the last 5 years, and is now approaching a critical tipping point. The success seen so far has been a result of a grassroots ecosystem that was built up by passionate entrepreneurs who wanted to make Madison a great place for startups. This type of commitment to constantly improving the ecosystem from everyone involved is critical going forward, and will be necessary to take it to the next level.

Between the successful startups emerging, their increasing impact on the city, and the well rounded support ecosystem that has formed, something meaningful is definitely happening in Madison. Cheers to an exciting 2015!

* Employment data is sourced from a voluntary self reporting survey of CE startup companies, with 52 companies reporting. Because of the voluntary nature, these employment numbers are conservative representations of the actual employment impact of all startups. Funding amounts listed are also based on the CE survey data, in combination with other public sources. For the sake of better representing a clear cohort, aggregate funding reported for “tech startups” here does not include biotech companies.